Against Nature and Othon/Jeremy Reed Bundle 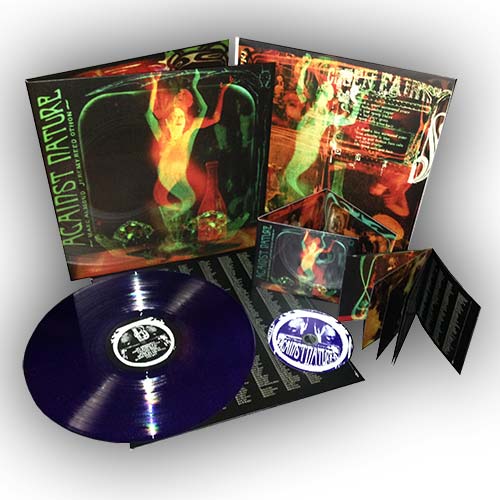 Against Nature and Othon/Jeremy Reed Bundle

Strike Force Entertainment and Cherry Red Records have created different bundles that include the remaining vinyls and CDs of Against Nature and a special offer bundle that includes also my two albums ‘Pineal’ and ‘Impermanence” and Jeremy Reed’s ‘Big City Dilemma’. I am aware that people that pre-bought A. N. and the vinyls in particular would want some explanation about these extra copies, so I wrote to my label manager to shed some light on the subject.
He basically explained that the project, as we all know, was funded by genuine fans who were credited on the sleeves, received signed copies, got the album 3 to 4 months before anyone else and were guaranteed a copy of the album. The 400 CD’s and 200 LP’s that were left over mean that there are very few people that will ever get Against Nature, especially as the record company is only selling unused stocks and wont’ be duplicating further copies. By buying the unused Pledge campaign stock, the label made sure that all Marc Almond’s personal costs were paid (like the recordings of the initial demos, before we recorded the actual album) and that the project broke even and that everyone involved got paid too.
I hope this clarifies it all and thanks for the patience from those of you who asked for information on this last week.